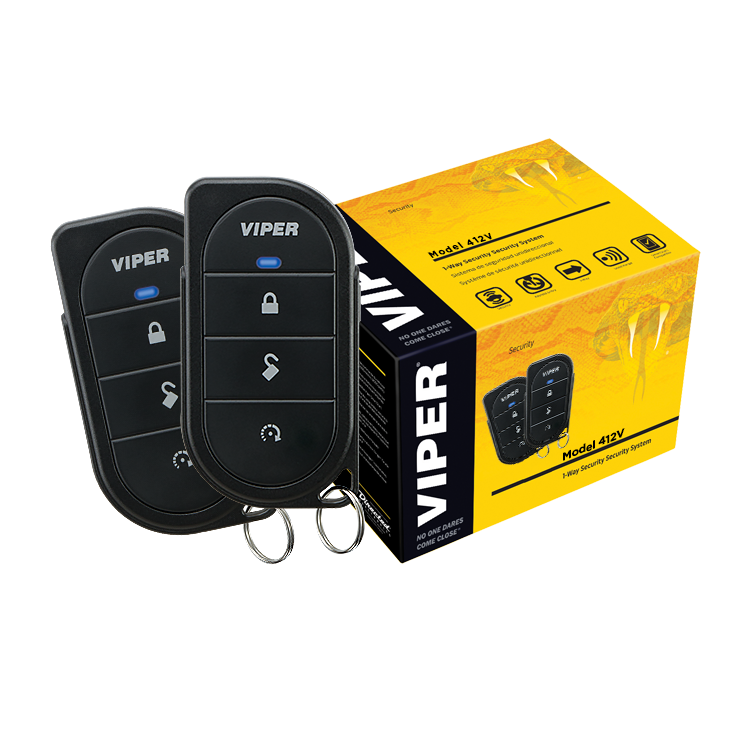 Door Locks: The 412V’s built-in lock and unlock relays can integrate into most any vehicle’s door lock system (additional parts may be required for some vehicles). Door locks can be activated with one of the included 4-button remotes and include other operational configurations such as:

Parking lights: The Viper keyless entry system includes a high-current parking light output, both positive and negative, to flash the parking lights while locking and unlocking. An internal jumper allows the polarity to be switched for either type parking light system.

Auxiliary Outputs: Two Auxiliary Outputs are provided on the 412V. Channel 2 supplies a 200 mA ground output when the Aux button on the remote is pushed for more than 1.5 seconds and will continue outputting as long as the button is held. This is most commonly used to operate a trunk-release or other relay-driven functions. When Channel 3 is programmed for use, it will output a 200 mA ground output as long as both lock and unlock buttons are pressed simultaneously, typically used for activating an add-on remote starter or window roll-up module.

Horn Honk: The Horn Honk Output wire will provide a 200 mA ground output to honk the vehicle horn once when locking and twice when unlocking the doors. It will also output pulses for 30 seconds if Panic Mode is activated. Vehicles with a positive horn system will require an additional relay (sold separately) to provide +12 V to the horn wire. Note: The horn will only honk when the system is in audible mode, by either pressing the Lock button on the remote a second time within 5 seconds or by pressing the Aux button prior to pressing Lock or Unlock.

Valet Button: A push-button Valet switch is included, which allows access to the programmable features such as Passive Arming and Door Lock Pulses. It also serves as an emergency override if a starter kill relay is installed and the Failsafe Starter Kill feature is activated. If the keychain remote is lost, the system can be “disarmed” and the starter kill relay released, by turning the ignition key On and pressing the Valet button once within 10 seconds. This button is also used to put the system into Valet mode which prevents it from automatically locking/arming and activating the Failsafe Starter Kill feature while having the vehicle serviced or left with a parking attendant. The Valet button should be mounted in a hidden location, but easily accessible by the driver. It will require drilling a 9/32″ hole and needs approximately 1″ of clearance behind it.

LED Status Indicator: A dash-mountable blue LED is provided to display the status of the keyless entry system at any time, as well as provide visual confirmation while programming optional features. Multiple LEDs can be wired together in a series configuration, but care should be taken to never wire blue LEDs with red ones. The LED indicator requires drilling a 9/32″ hole and approximately 1″ of clearance behind it. 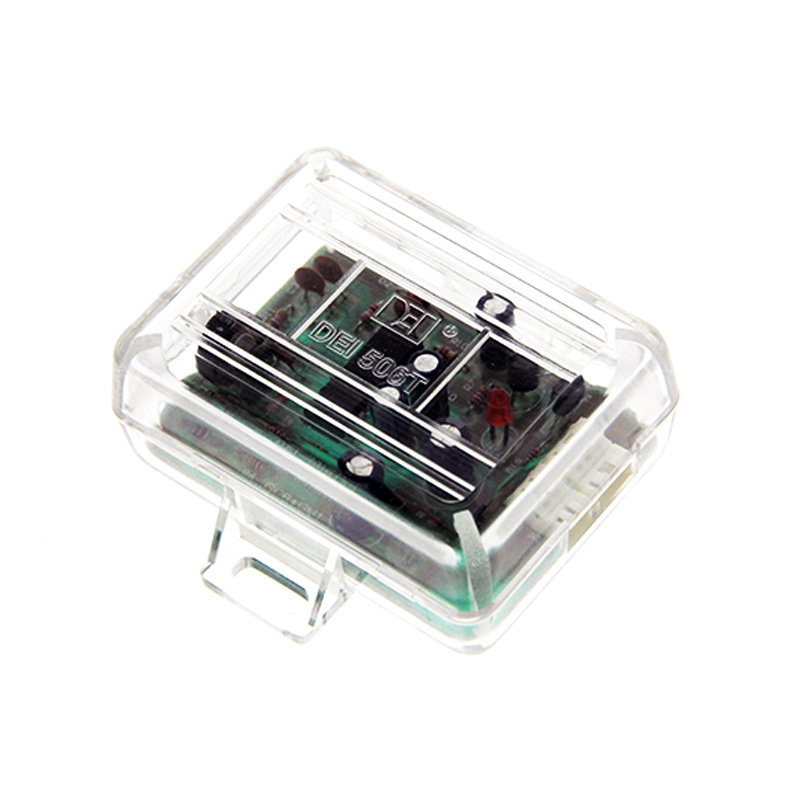 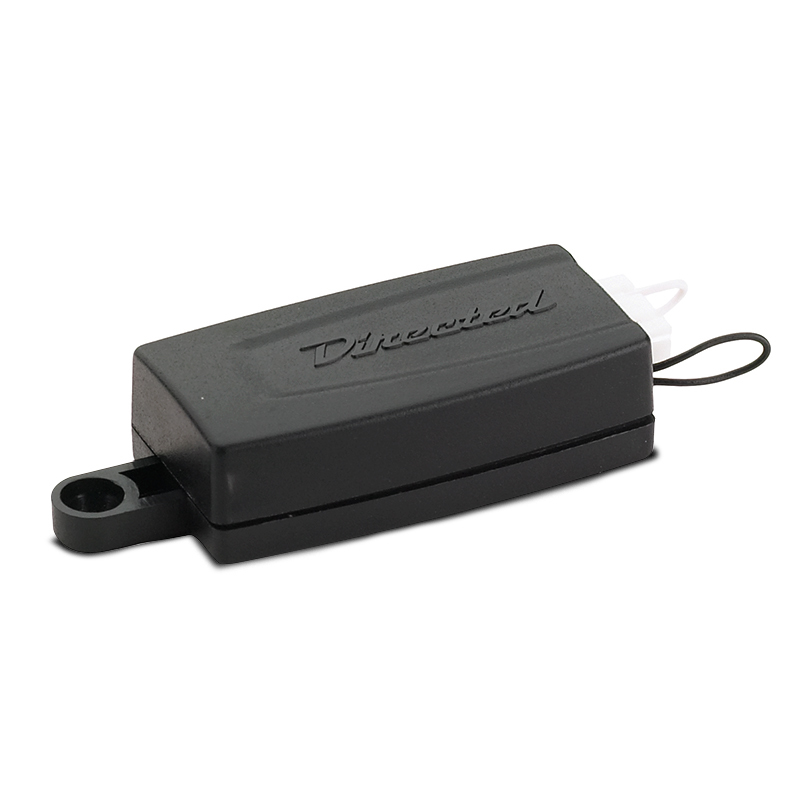 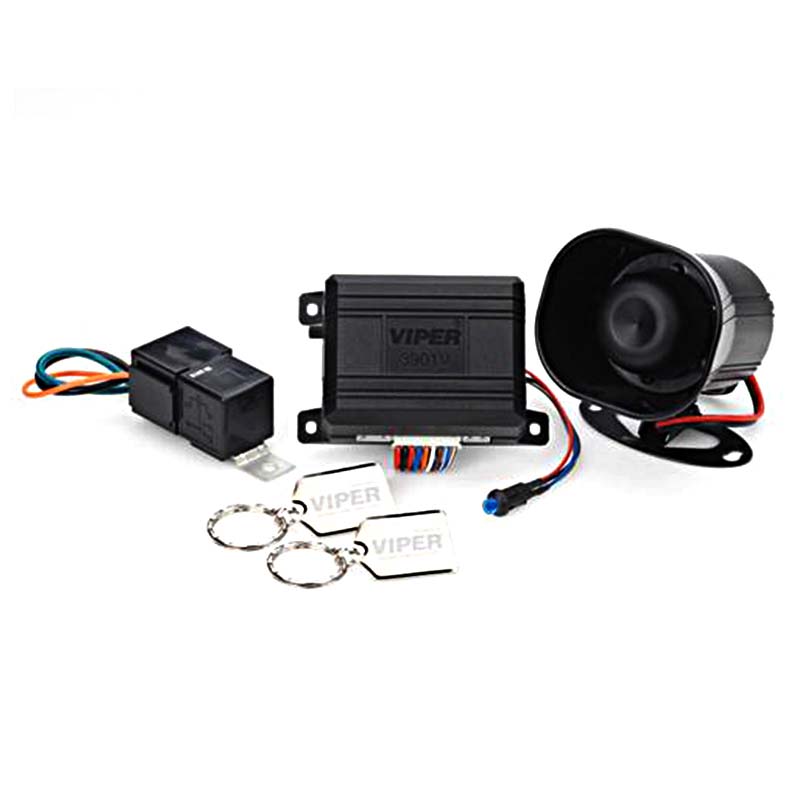 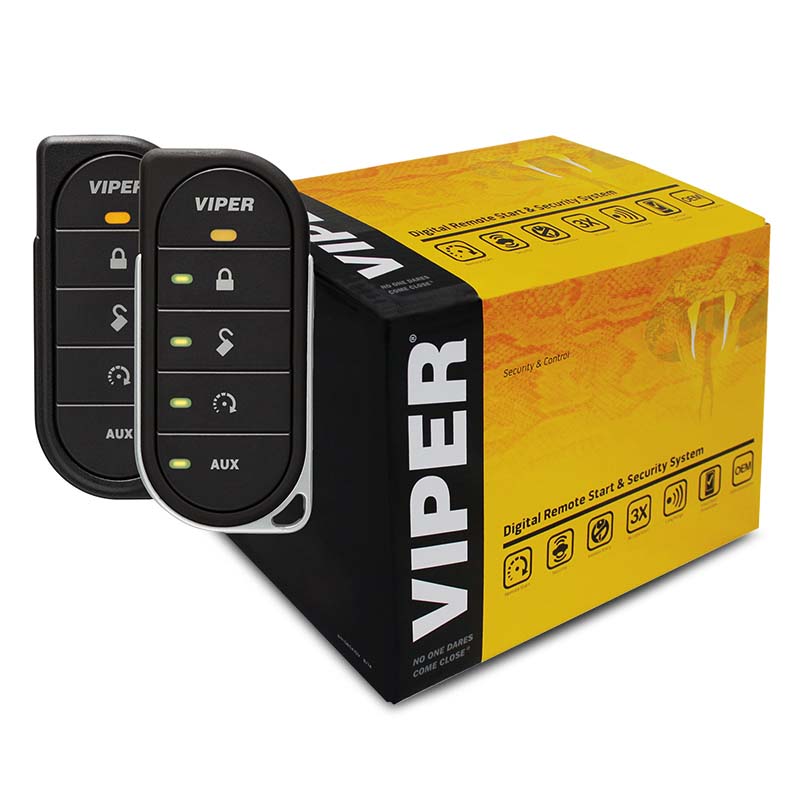